While the summer sun shines brightly outside, accelerating the rhythms of nature and the night slows them down, giving them rest, most of us spend our time day and night, under the artificial light of light bulbs or in front of monitors. Of course, hours, days, and nights pass, as do seasons, but modern man no longer receives the evolution of these cycles somatically. Instead, we are trapped in a monotonous environment where our interactions with nature are limited, mainly to looking out the window or going out on the balcony.
However, our bodies are an integral part of this environment, and modern man's exile in the artificial world of technology inevitably leads to certain psycho-somatic dysfunctions, which are now known in the medical world as "Nature Deficit Effect" (NDE) or "Nature Deficit Disorder" (NDD). 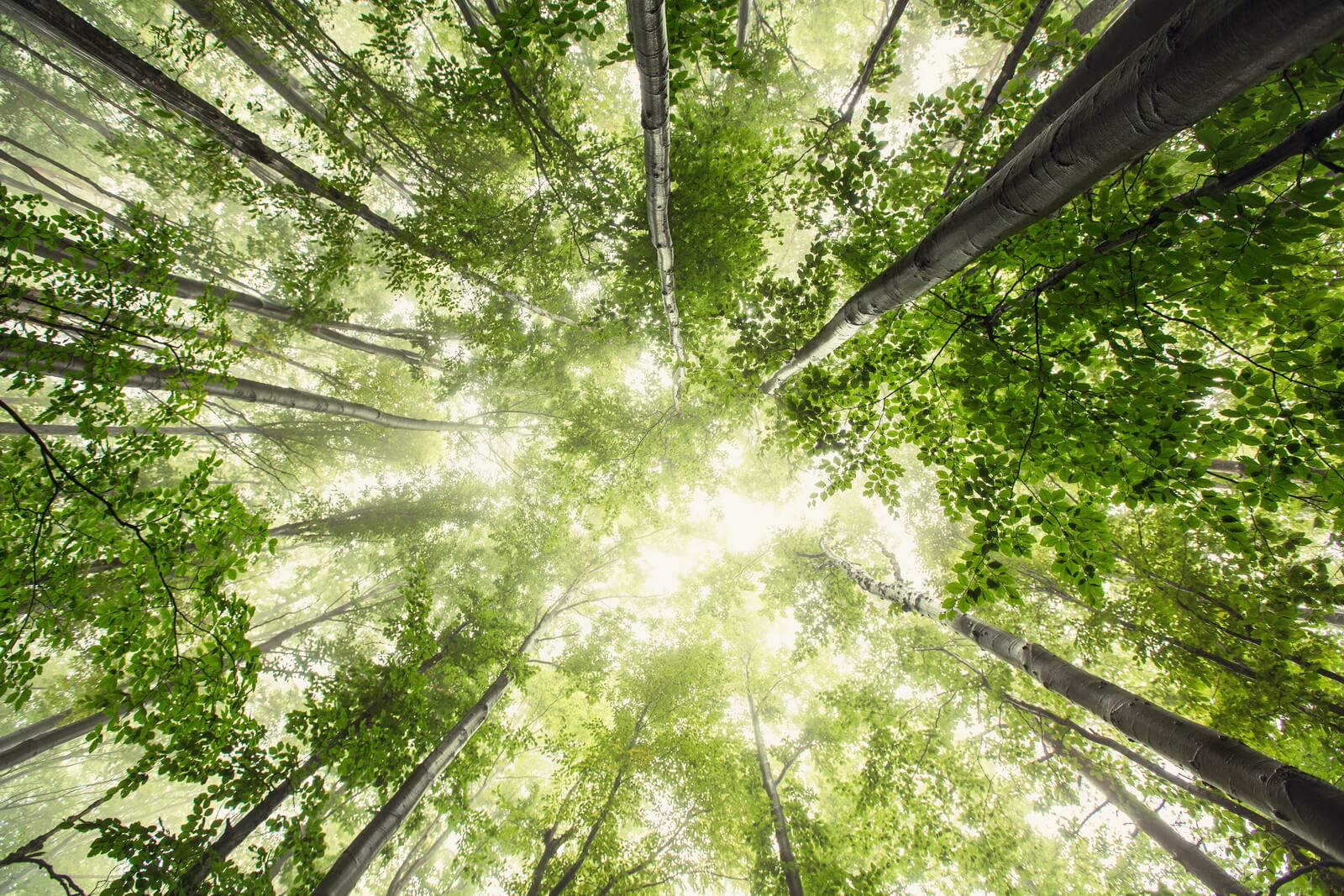 "Cancer Can Be Defeated by Vitamin D Supplementation, Combined with Multiple Lifestyle Interventions" [1] asserts a recent scientific article. The paper begins with the thesis that the human body is a non-linear, self-adaptive system with billions of cells, bacteria, viruses, and fungi in constant interaction with the environment's natural resources under normal conditions. However, "the transformation of our living environment due to technological progress has resulted in the loss of access to many of these resources, harming our body's energy level, logistics, and information system."

The authors believe that one of the troubling consequences of the "deficit of nature" is the high global incidence of cancer, increasingly recognized as a metabolic disease in recent research.

Thus, they propose a new strategy in the fight against cancer in particular, and the disease in general, because the current strategy has failed "after decades of clinical experience and billions of dollars invested in research." Instead, our reconnection to lost natural resources and the recovery of a way of life integrated into the natural environment would be the solution. This solution would include proper nutrition, physical activity, observance of the night-day cycle, sun exposure, and, implicitly, an average level of Vitamin D. This approach, which includes a variety of lifestyle interventions, will allow the human body's complex system to activate its self-healing functions.

By the way, vitamin D deficiency is a global problem, not just in the Nordic countries, but increasingly in the southern ones, owing to the modern lifestyle, which means we spend most of our time indoors, away from sunlight.

Low levels [2] of Vitamin D are caused by two main physiological factors: (1) decreased exposure to ultraviolet solar radiation, particularly in northern regions during winter, with the deficiency being exacerbated by well-marked pigmentation, and (2) a decrease in the skin's ability to synthesize Vitamin D with age. This disfunction in Vitamin D synthesizing is accelerated by a diet low in fish and Vitamin D, which explains Vitamin D deficiency in the elderly and those living in poverty.

Those over the age of 65, pregnant women, and children under the age of five are at high risk, as are those who do not or are exposed to little or no sun (due to full body coverage or reduced contact with the outside world), and dark-skinned people living in Europe and the United States. Vitamin D deficiency (30nmo / l) affects all age groups in Europe, with percentages ranging from 20 to 60 percent, whereas in Asia, deficiency in children ranges from 61 percent (Pakistan, India) to 86 percent (Iran).

The situation of Vitamin D deficiency in those migrating from southern countries to northern and western Europe (25nmol / l) is particularly critical: for example, the Netherlands (51%), Germany (44%), and the United Kingdom (31%-34%). The percentage of Vitamin D-deficient adults in India ranges from 20% to 96%, depending on the region.

At the aforementioned symposium, William B. Grant of the Center for Research on the Health Effects of Sunlight and Nutrition on Health (San Francisco) claims that, based on existing research, there are approximately 20 types of cancer whose incidence can be reduced by high exposure to ultraviolet B radiation and/or administration of high concentrations of Vitamin D (25-OH-vitamin D). These cancers include gallbladder cancer, kidney cancer, lung cancer, oral cancer, ovarian cancer, prostate cancer, colorectal cancer, thyroid cancer, vulvar cancer, non-lymphoma, Hodgkin's, and melanoma [3].

Based on an ecological geographic study of the relationship between solar radiation and cancer mortality, brothers Cedris and Frank Garland proposed in 1980 that ultraviolet B radiation and, implicitly, Vitamin D reduce the incidence and mortality of cancer. Grant stated in the same study that colon cancer is prevalent in the United States. Ecological and observational studies, investigations of somatic mechanisms, and randomized controlled trials all confirmed the hypothesis in the years that followed. Vitamin D (25-OH-vitamin D) in concentrations greater than 100 nmo / l has been scientifically proven to reduce the risk of cancer and increase the survival rate [4]. Furthermore, according to research on the cellular mechanisms triggered by Vitamin D's action on the body, it has protective and anti-tumorigenic effects, delaying cell alteration, hyperplasia, and cancer progression. Thus, based on these scientific findings, Meis Moukayed and William Grant propose to public health institutions to consider increasing Vitamin D concentrations in the prophylactic and therapeutic treatments of cancer, either through sun exposure or supplementation with Vitamin D [5], emphasizing that clinical trials show significant reductions in the incidence and mortality of Vitamin D supplementation at concentrations above 2000 IU.

In general, ultraviolet B solar radiation exposure is linked to good health and the relief of symptoms in many diseases, but - beware! - it can also aggravate some. Sun exposure improves bone metabolism, a lower risk of epithelial cancer, tooth decay, infectious diseases such as influenza [6] and pneumonia, inflammatory bowel disease, multiple sclerosis, Parkinson's, rheumatoid arthritis, and good pregnancy and childbirth outcomes. There is also a large body of scientific evidence that suggests that exposure to UVB and Vitamin D solar radiation reduces the risk of autism. Excessive exposure to ultraviolet solar radiation can cause melanomatous and non-melanomatous skin cancer, osteoporotic fractures, and immunosuppression, increasing the risk of contracting certain diseases such as cervical cancer and lymphoma. However, it has also been discovered that occupational exposure to ultraviolet solar radiation does not increase the risk of melanoma [7].

A recent study conducted by German physician Hans Konrad Biesalski, biochemistry and nutritional medicine professor at the University of Hohenheim, investigates the link between vitamin D deficiency and Covid-19 disease [8]. The author points out that low levels of Vitamin D are linked to various non-communicable conditions, including hypertension, diabetes, cardiovascular disease, and metabolic syndrome. These comorbidities increase the risk of severe virus manifestations. It also states that "the natural synthesis of Vitamin D in the skin has been significantly reduced by the methods used to control the pandemic, given that the population has had fewer opportunities to be exposed to the sun."

In such cases, a diet adjustment is required through moderate supplements and fortified foods that can help prevent this deficiency. In the case of hospitalization, the deficiency or insufficiency of Vitamin D must be improved as soon as possible, he advises.

How and how often should we expose ourselves to sunlight?

In an interview with the American podcast "Decoding Superhuman," German physician Alexander Wunsch, a specialist in holistic medicine and phototherapy, says the answer "depends on what we want to achieve through this presentation." "If we are interested in Vitamin D production, we must keep in mind that in the winter, sunlight does not contain enough ultraviolet light, which is responsible for Vitamin D production." However, if the weather is nice, you can start with 3-5 minutes of exposure at noon, when the sun has the highest lifting angle, which means that the sun's rays travel the shortest distance through the atmosphere. Then there's the highest concentration of ultraviolet B (UVB), which is required for the production of vitamin D. If you start with 5 minutes of exposure and notice no signs of overdose (no itching or redness of the skin), you can try increasing the exposure time. 2-5 minutes extra the next day, depending on individual sensitivity. As a result, you must gradually increase your exposure time to determine your own tolerance to sunlight.

For example, a white, Caucasian type 3 skin should be exposed for no more than 20 minutes per day, whereas a more pigmented type 5 or 6 skin one should expose himself/herself for no more than 40-60 minutes per day depending on the circumstances. It is also essential to understand that for obtaining Vitamin D, we must expose as much of our body's surface as possible. If you limit the surface, you will have to expose yourself 7-10 times longer, and you will still not get the same positive effect, but you will get a very negative impact on the exposed surface."

So let us not pass up this summer's generous and free "offer" of this great doctor, the sun, knowing that exposure to ultraviolet solar radiation is essential for the synthesis of Vitamin D and that skin produces 90 percent of the body's Vitamin D needs.