The therapeutic power of friendship

Friendship and genuine social interactions are essential for our overall well-being and health. The closer you are to a group of friends, the less likely you will become ill. In addition, the greater your social capital, the faster you recover from illness and live. Conversely, recent scientific studies confirm that a lack of friends, notably social isolation, impacts the immune and cardiovascular systems, disrupting the body on three levels - physiological, psychological, and behavioral - and increasing traditional risk factors, including the risk of cardiovascular disease. 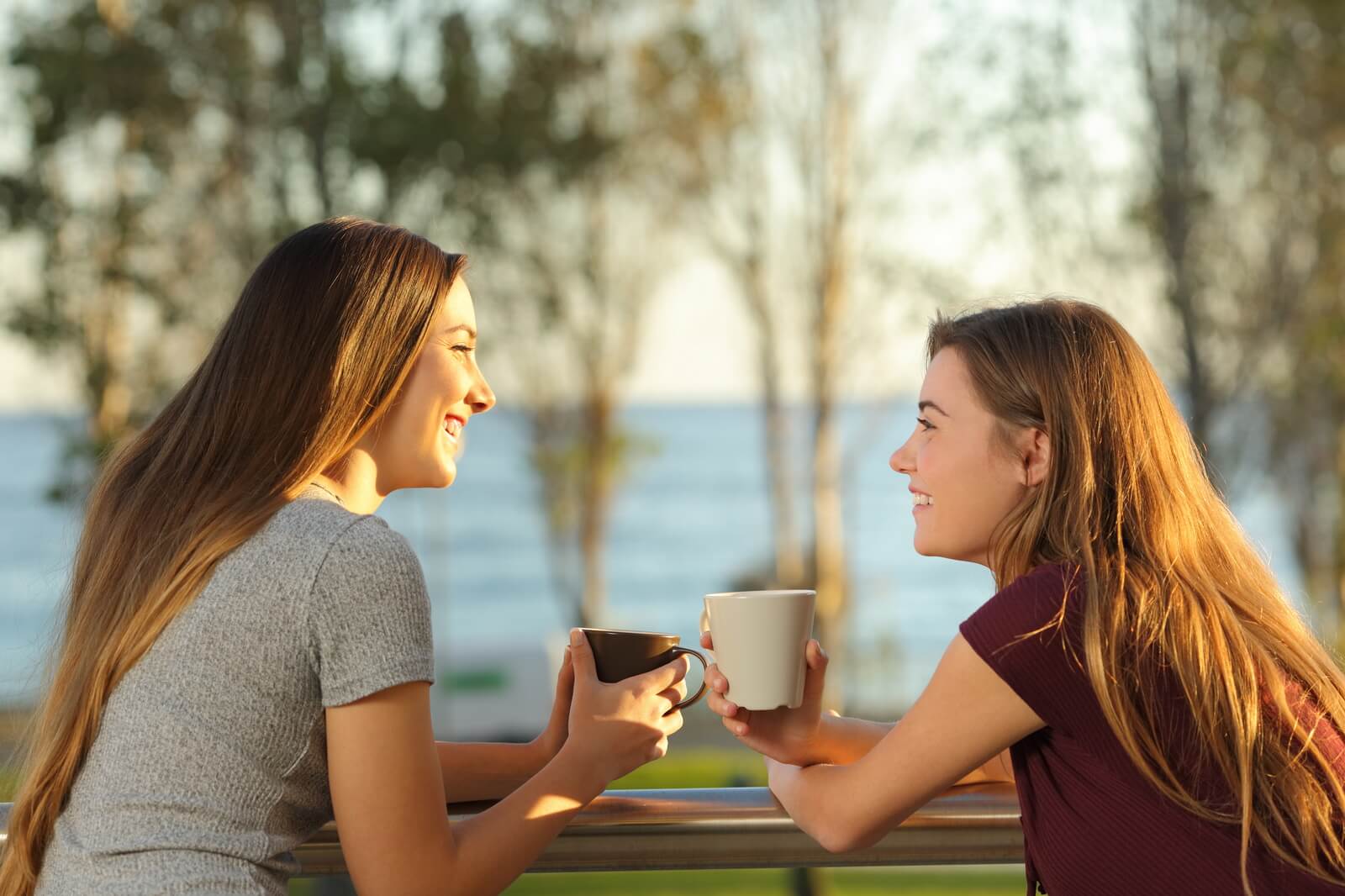 In "The Anatomy of Friendship" [1], a systematic synthesis of studies on the effects of friendship and social ties on health, Robin Dunbar, Professor in the Department of Experimental Psychology at Oxford University, makes an unexpected statement: "Friendship is the most important factor that influences our happiness, mental well-being, physical health, and even the risk of mortality." It is not necessary to be a scientist to recognize the importance of genuine friendship in our lives. That is self-evident to all of us. When we are in trouble, our friends provide us with moral and emotional support, protection from external threats and social stress, and practical and financial assistance. We are, however, less aware of the beneficial effects of friendship on our overall health.

This is explained by the fact that man is a social being, and social interaction is necessary for his mental and physical well-being. However, modern civilization's living conditions limit his direct interactions with his neighbor, pushing him deeper into alienation and loneliness, a phenomenon exacerbated in the last year by the COVID-19 pandemic's restrictions. Humanity has never known such widespread social isolation [2]. This disruption in human interactions can cause psychological and neuroendocrine responses, leading to an increase in disease incidence, morbidity, and mortality [3]. People with strong social relationships, on the other hand, have a 50% higher survival rate than isolated people [4]. The pandemic crisis compels us to evaluate the restrictive measures implemented in the previous year and, more broadly, the cost of social isolation that we pay for the conveniences of technological society.

What social interactions and friendships are genuinely beneficial to our overall well-being? Prof. Rubin Dunbar defines a friend as someone with whom we share our lives other than in a chance encounter with a stranger. We invest time in friendship to keep it going, and we feel emotionally connected. Compared to strictly formal, casual, professional, or business relationships, the company plays an essential role in our emotional balance. Surprisingly, Prof. Dunbar refers to God, saints, or even characters from the books we read as "friends".

True friendship is defined by emotional familiarity. It is long-lasting, entails paying attention to the other person, and involves a constant desire to be around them. Another important aspect of friendship is trust, which serves as the foundation for all acts of friendship, from the way we interact with each other ("I trust you won't hit me under the belt") to the desire to help and be helped ("I trust that I can rely on you"), discretion ("I trust that you will not betray my secrets"), and even business are all examples of trust ("I trust that you will not sell me substandard products"). An opportunistic and unfair attachment style, on the other hand, will never result in genuine friendships and thus will not result in the beneficial neurobiological effects mentioned.

The immune system and friendship

Interactions with loved ones, in particular, raise our endorphin levels in a variety of ways, including shaking hands, hugging, laughing, singing, and generally feeling good about each other, even happy. Endorphins, also known as "happiness hormones", play an important role in the optimal functioning of our immune system [5], reduce pain intensity and anxiety, and aid in learning and adapting to light and dark.

People who have no friends and are lonely, on the other hand, have a weaker immune response than those who are surrounded by loved ones, according to research [6]. After analyzing data from the Framingham Heart Study project, other researchers [7] discovered that people with fewer social contacts had higher serum fibrinogen levels than those with many social connections. Fibrinogen is vital in blood clotting when a blood vessel is damaged, facilitating wound healing and tissue regeneration, so a high fibrinogen concentration in the blood indicates poor health.

In the case of cancer, a growing number of studies have looked into the link between emotional disorders and cancer progression [10]. Cancer progression can be influenced by social isolation by altering gene expression [11], tumor angiogenesis [12], behavior [13], neuroendocrine [14], and immune responses [15]. Social isolation accelerates tumor growth in preclinical breast [16] and liver [17] cancer models. Psychological stress triggers this process and causes norepinephrine secretion. The late stimulates tumor cells to produce proteolytic enzymes (MMP-2 and MMP-9) that break down the tissue around tumor cells and allow them to move more easily, eventually leading to metastasis.

Friendship and the circulatory system ​

Holt-Lunstad, J. et al. [18] conduct a meta-analysis of 148 epidemiological studies (involving approximately 300,000 people) to identify common factors influencing mortality. In the case of cardiovascular disease death, the factors that had the most significant impact were 1) the frequency of social support from others and 2) social integration. Obesity, diet, alcohol consumption, exercise, prescription drugs, and pollution, on the other hand, have had a much smaller impact on survival rates, even though they are not insignificant. Furthermore, after reviewing seventy studies on longevity in the elderly and following 3.5 million people for an average of seven years [19], the authors discovered that social isolation and loneliness increased mortality by about 30%.

Social isolation can have a wide-ranging impact on brain connectivity. For example, neuronal function and plasticity are altered when social isolation occurs during childhood or adolescence (a condition that would cause feelings of loneliness in humans) [20]. Thus, episodes of social isolation can permanently alter the function of the prefrontal cortex (a part of the brain necessary for managing social relationships) as well as the myelination of its axons (establishing fatty sheaths around neurons that allow them to transmit signals faster and more efficiently).

As previously demonstrated, social isolation is a strong predictor of morbidity and mortality. In this regard, a longitudinal study of 6,500 men and women over the age of fifty [21] found that social isolation increases the risk of death by about 25% over the next decade. Furthermore, the effects of loneliness appear to accelerate the process of physiological aging over time [22].

The effects of loneliness are also visible in a mortality study conducted by the University of Michigan's Health and Retirement Study. Thus, over a 4-year follow-up period, loneliness predicted mortality from all causes, with the probability being higher in the case of chronic loneliness than in the case of situational loneliness. In addition, Sugisawa et al. [23] discovered a significant effect of loneliness on mortality over three years. This effect was explained either directly by neurobiological impacts that led to chronic diseases or indirectly by negligent behavior.

Communities with a genuine culture of friendship, trust, and compassion, on the other hand, experience the opposite effects. For example, in the so-called "blue zones" of longevity (Sardinia in Italy, Ikaria in Greece, Okinawa in Japan, Loma Linda in California, and the Nicoya Peninsula in Costa Rica), ages of one hundred years old have not been unusual for years. What do all of these "blue zones" have in common? A simplified lifestyle, often away from the many conveniences of consumer society, a healthy diet based on locally produced food, usually done in your own home, physical work done naturally for daily needs, and, most importantly, solid social integration combined with a consistent religious routine [24]. Here, neighbors visit each other, help each other, and trust each other on a larger scale of society, so much so that they no longer take action against thieves (Ikaria), and they enjoy sharing their news over a cup of coffee or a glass of good wine on a daily basis.

Thus, communion and communication with those around us and the sharing of love and compassion are essential human needs, both for those who receive and those who give. According to cutting-edge research, there are neurobiological mechanisms designed to keep humans engaged in social interaction, just as there are mechanisms that provide us with the necessary consumption of food and fluids, rest, and sleep, all of which are essential for our survival. According to Gillian A. Matthews, a researcher in the Department of Cognitive and Brain Sciences at the University of Massachusetts, social interaction is more than just feeling good and having fun; it is a fundamental need that our brain is programmed to meet. "Many species' survival rates are reduced without a complete level of social interaction," she said, referring to research on bees, ants, mice, and rats. This is especially true for humans.

Livia Tomova, a neuroscience researcher from the same Massachusetts department who specializes in the interdependence of social relationships and general health, conducted an experimental study [26] with a team of collaborators and discovered that the body reacts to the need for social interaction in the same way that it responds to hunger and thirst. Thus, the study demonstrates that man was not designed to be deprived of these essential needs in the long run.

Returning to Professor Dunbar's findings, genuine friendship and healthy family life is, in fact, "the most important beneficial factor that influences our health and well-being." However, he contends that establishing and maintaining such genuine relationships is difficult. "Friendship is costly, both cognitively and in terms of time invested," but it is well worth it because it can save us from a variety of health problems and even death. Thus, scientific evidence from various disciplines confirms what we have all suspected: loneliness can be a potent threat to survival and longevity, whereas friendship, compassion, and love can be healing and even life-saving.

[9] Yang, Y.C. et al. (2016) Social relationships and physiological determinants of longevity across the human life span. Proceedings of the National Academy of Sciences 113 (3), 578-583.